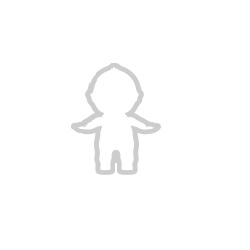 Studio mk27, located in the chaotic city of São Paulo, was founded in the early 80s by architect Marcio Kogan, and today is composed of 22 collaborators internally, as well as several worldwide. The team of architects, great admirers of the Brazilian modernist generation, seeks to fulfill the difficult task of rethinking and giving continuity to this iconic architectural movement. The projects of studio mk27 are valued for their formal simplicity, always working with special attention to detail and finishing.

Kogan is an honorary member of AIA (American Institute of Architects), professor at Escola da Cidade, guest professor at the Politecnico di Milano, considered by Época magazine one of the 100 most influential people in Brazil, and is part of the list “The Wallpaper* 150 Famous for 15 Years”. He leads a team of architects, who at large, have been working with him for over a decade. Since 2001, when he started a co-creation and cooperative work system at the office, studio mk27 has won over 200 national and international awards, such as: IAB (Institute of

In 2012 studio mk27 represented Brazil at the Venice Biennale which meant some extra kilos for the group of 10 architects who went for a gondola ride.