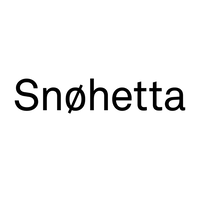 For over 25 years, Snøhetta has designed some of the world’s most notable public and cultural projects. Snøhetta kick-started its career in 1989 with the competition-winning entry for the new library of Alexandria, Egypt. This was later followed by the commission for the Norwegian National Opera in Oslo, and the National September 11 Memorial Museum Pavilion at the World Trade Center in New York City, among many others.  Recently completed works include the redesign of the public space in Times Square, the Lascaux IV Caves Museum in Montignac, France, the expansion to the San Francisco Museum of Modern Art, and the design for Norway’s new banknotes. Since its inception, the practice has maintained its original trans-disciplinary approach, integrating architectural, landscape, interior, and graphic design in all of its projects.

Snøhetta is currently working on a number of projects internationally including the Le Monde Headquarters in Paris, the Cornell University Executive Education Center and Hotel in New York, and the Calgary's New Central Library in Canada.  In 2018, Harvard House Zero, the most ambitious net-zero energy retrofit to date will be completed for the Harvard Center for Green Buildings and Cities in Cambridge, Massachusetts.