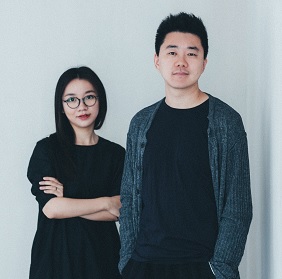 Atelier About Architecture was established in 2013. The Founders Wang Ni and Zhang Dawei received comprehensive architectural education after moving to Australia in their early years and practiced on architecture and interior design in many different countries. The two founders are dedicated to the inheritance and innovation of traditional culture under the background of internationalization to dispel the gap between Eastern and Western cultures. The Chinese name of the office came from the verse “Right leads to the liberty, left, and scholar’s dormitory” in Thousand-Character Classic, which advocates for the aspiration of exploring the contemporary spirit of China’s architecture and the return of tradition in contemporary lifestyle.

Atelier About Architecture provides holistic and professional design services on architecture, interior, landscape, furniture and installation. It has many completed and ongoing projects in Beijing, Shanghai, Suzhou, Guangzhou and many other cities, including private art galleries, art studios, boutique hotels, restaurants, private houses, urban commercial buildings, and among many others.

The “Atmosphere of Architecture” is a central subject of the office. Wang Ni and Zhang Dawei believe that the ultimate goal of design is to realize an “effect”. And it is only with careful research in early stages, rational design methods throughout the whole process under repeated deliberation and rigorously-controlled construction that one can create a highly-accomplished “effect”.

Internationally renowned architecture historian and critic David Leatherbarrow and Mr. Stanislaus Fung used to comment on the office’s practices: In the works of Wang Ni and Zhang Dawei, we have found some special effects, and the two ways of sizing the thickness and thinness of architectural components: one is to adjust the thick and thin components to take man and man’s action as an intermediate thickness when designing between the thick and the thin; the other is to digest the volume of the architectural components or to turn them into comprehensible two-dimensions with different colors and materials.