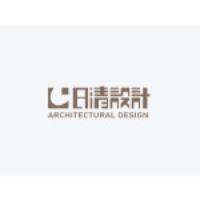 Wuhan Hanyang Iron Works was founded by Zhang Zhidong in 1890, being the first and largest iron and steel gathering place in China’s modern history. After the founding of People’s Republic of China, Hanyang Iron Works was rebuilt on the site of the original Hanyang Gunpowder Factory. Wuhan Hanyang Iron Works moved to another place in 2007. Today, the original Hanyang Iron Works site has ceased production activities, but in the factory area, the workshop buildings built in the 1950s and the remaining machines are in good condition. Different times have left indelible marks on the land of this factory area. Therefore, the protection and reuse of industrial sites in the factory area is an important practical carrier to show the national industry development and modern industrial culture elements of Wuhan city.

The pilot area of national industrial heritage site renovation of Hanyang Iron Works is located on the south side of the factory, with Qintai Avenue to the north and Zhang Zhidong Museum designed by Libeskind to the west. There are two workshop buildings, oxygen production workshop and oxygen charging station in this area. Due to the different functions of the two buildings, the volume, materials, preservation state and protection level are different. The oxygen generating plant is classified as a Grade II industrial site, and the oxygen charging station as a Grade III industrial site.

Based on several field investigations and actual mapping of the positioning of old workshop buildings and preserved trees, the design demolished all the buildings with no preservation value in the front field. Trees with a diameter of more than 50cm in the site have been preserved in situ, and trees with a diameter less than 50cm were transplanted somewhere nearby. The chimneys in the site have also been completely preserved.

The oxygen charging station, which is classified as a Grade III listed building, is near the Qintai Avenue. Due to the ambiguous character of the facade and the low level of protection, the design has adopted the method of remodeling the facade, while the internal structure has been selectively preserved. The Grade II oxygen generating plant is a two-story brick-concrete structure building with two-story side rooms in the north, and the side rooms are with varying heights. The facade is mainly red bricks with square windows, and the ring beams and columns are leveled with cement mortar. The facade is well preserved. The design scheme has adopted the measure of finishing and preserving, and the damaged parts of the red brick exterior walls have been repaired. A new floating corridor has been built between the two workshop buildings. Preserved trees are enclosed in an internal courtyard.

By adopting different levels of preservation and transformation to workshop buildings with different grades, the two buildings create a new architectural space form. The brand new and grand building form is located on one side of Qintai Avenue, with the open front yard providing a good display area. After entering the inner courtyard, one can see the well preserved Grade II protected building, and side rooms with different height have been technically restored to form a complete space. The roof connects with the air corridor to form a roof terrace for rest. Standing in the middle of the courtyard, one can see the building reflecting the characteristics of the new era on one side, and the "old workshop buildings" carrying the emotion and mission on the other side, as well as trees that are 50 years old.